Finding love isn’t always easy- or cheap. According to a new study, both millennials and Gen Zs are dishing out quite a bit of money on the dating scene.

According to a September Lendingtree survey, 22% of millennials (ages 26 to 41) and 19% of Gen Zers (ages 18 to 25) have gone into debt because of what they’ve had to spend on dating. According to the survey, respondents said they spend about an average of $91 on a night out.

“Everything is getting more expensive,” LendingTree Chief Credit Analyst Matt Schulz stated in the report. “It’s not just the new clothes, roses, ride-share, fancy dinner, concerts or the after-show coffee — it’s all of it.”

“The extra cost of each of these things individually may not be earth-shattering, but added together, they can be a very big deal,” Schulz added.

Of course, there’s always the option to go for a cheaper date. If you know the person well enough, Netflix and chill is always a good idea, or a low-cost restaurant. About 85% of respondents said they wouldn’t be offended if their partner took them out on a town on a low-cost date, according to Lendingtree. 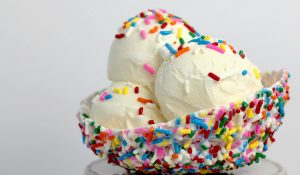 Why is Klondike Discontinuing Its Choco Taco?