“Dick Clark’s New Year’s Rockin’ Eve with Ryan Seacrest” is set to ring in another year, and the 2022 lineup features a range of artists in a variety of genres.

Rock and Roll Hall of Famer LL Cool J set to perform his popular hits from Times Square right before the ball drops at midnight. New York City acts include Chloe, Journey and KAROL G. Co-host Billy Porter will perform his new single from New Orleans. On the West Coast, Avril Lavigne and Travis Barker, AJR and Big Boi are among the stars scheduled to perform.

Ryan Seacrest will be back to host the event, and co-hosts include Liza Koshy at Times Square in New York City; Porter from New Orleans; Ciara in Los Angeles; and Roselyn Sanchez in Puerto Rico. This year will mark the first time the show will feature a Spanish-language countdown in Puerto Rico. DJ D-Nice will also take part in the show from Los Angeles, and country singer Jessie James Decker will be back as the program’s Powerball correspondent.

“Dick Clark’s New Year’s Rockin’ Eve with Ryan Seacrest 2022” will feature five hours of performances leading up to Jan. 1, 2022. View a list of the main performers below, and for more information, head here.

Co-host Billy Porter will perform his new single and off a sneak peak of an upcoming track on the riverboat Louis Armstrong on the Mississippi River.

Daddy Yankee will give a hometown performance in Puerto Rico. 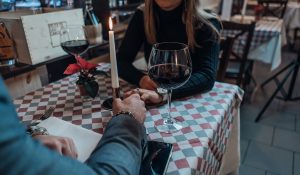