Fireworks can be cool- but they can also be really annoying. If your neighbors blow them off at all hours of the night, it can get old really fast.

Now, a new bill in the Michigan Senate looks to shorted the number of days fireworks can be shot off in Michigan around holidays.

Senate Bill 17, sponsored by Democratic Sen. Paul Wojno from Warren, would lower the number of days Michigan residents can shoot off fireworks to 8-9, down from 12-13 days. The bill is also co-sponsored by several other Senators from throughout Michigan.

With the new bill, fireworks would be legal to be discharged July 3-4 until 11:45 p.m. and on July 5 if the date is a Friday or a Saturday. Fireworks would also be allowed to go off Dec. 31 until 1 a.m. on Jan. 1, and the Saturday and Sunday before Labor Day and on Labor Day.

In addition, the bill lets governments of larger cities, defined as those with a population density of more than 3,400 residents per square mile, to increase regulations for fireworks except on Dec. 31, Memorial Day, July 4 and Labor Day. The legislation also up the fine to $2,000 for each violation. Previously, ,it was $1,000. Now, the bill is being referred to the Senate Committee on Local Government. 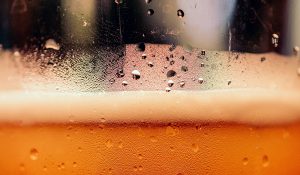