Alyssa Nakken, an assistant coach for the San Francisco Giants, is officially the first woman to coach on the field in a MLB game.

The big moment happened Tuesday evening (April 12), during the Giants 13-2 win against the San Diego Padres.

Nakken stepping into the role of the Giants’ first-base coach in the top of the third inning. She took the place of normal first base coach Antoan Richardson, who was ejected by umpire Greg Gibson after a disagreement with Padres third-base coach Mike Shildt.

Nakken, 31, was the first full-time female coach in MLB history when she was was brought on in January 2020. Nakken talked about the big moment following the game.

“Everybody can just see that there are a lot of opportunities in baseball,” Nakken told MLB.com. “Sometimes I think we always limit ourselves to thinking what we could do. At least that’s my experience. I never thought that I could do something like this because I never saw it. So I think, sure, it’s certainly important for people to be able to see that this is an opportunity and they can see somebody that kind of looks like them going out there and coaching in the big leagues.”

Taking over as tonight’s first base coach: 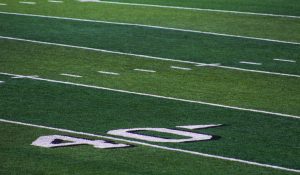 Takeaways from the 2023 Detroit Lions Season