A bipartisan team of Michigan legislators has introduced a bill that would enable colleges and universities to sell alcohol at on-campus sporting events, such as football and basketball games. Rep. Graham Filler, a Republican from mid-Michigan, Rep. Joe Tate, a Democrat from Detroit and parts of Wayne County, and Sen. Curtis Hertel, a Democrat from Ingham County, sponsored the bills.

Eight of the 14 Big Ten schools allow alcohol sales at football games. Michigan and Michigan State do not.

“This is a fairness and freedom issue that will allow for a modern, more enjoyable college game-day experience – but it’s also a public health and safety issue,” Filler said in a statement.

“It’s simply a matter of fairness. Alcohol is served at MSU football games now, but only if you’re lucky enough to watch the game in a suite. Beer at the game should be allowed for more than just rich donors. Beyond that, there is overwhelming evidence that shows selling alcohol inside the stadium significantly reduces binge drinking on game days,” Hertel continued.

“The data is clear that allowing alcoholic beverages in venues during sporting events lowers the probability of excessive alcohol consumption,” Tate said.

If passed, the Michigan Liquor Control Commission would be allowed to issue up to three tavern licenses or three Class-C liquor licenses for sporting events. 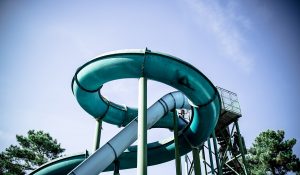 Ohio Waterpark Named One of the Best in America 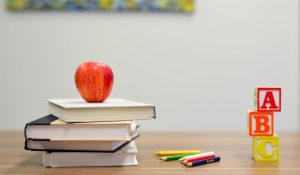 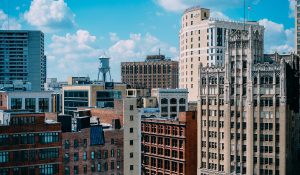 Detroit is One of the World’s Greatest Places, Says TIME Magazine