Michigan State University football has been in the news a lot this season, due to the team struggling much more than last year. Coach Mel Tucker has been in the hot seat, but the team did defeat Wisconsin last weekend during their homecoming game, so that’s a bright spot after many losses.

Now, another area of Michigan State University sports is shining. For the first time ever in the history of its program, the Michigan State women’s soccer team is the Big Ten Champion. The team celebrated with some social media posts recognizing the players.

When they say it can’t be done… SPARTANS WILL.

After beating No. 17 Ohio State 1-0, the sixth-ranked Spartans moved to 8-0-1 in the conference and scored that Big Ten Champion title.

As for the next game, Michigan State will return to their home turf to play the final regular season game against Rutgers. 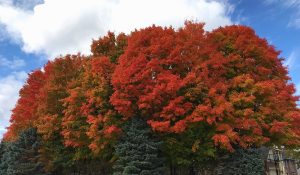 Michigan is One of the Best States to Visit in the Fall, Study Says